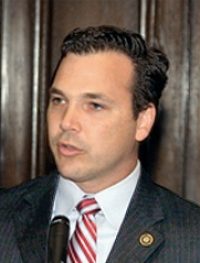 John Loudon, has spent over 30 years advocating for a strong business ecology as thriving entrepreneurs and small businesses are the foundation of strong communities. His work centers on getting government out of the way and helping businesses navigate government interactions at the federal, state and local levels.

Loudon spent the last six years running a California public contractor organization advocating for non-union contractors and workers. He left that position and joined the California exodus, leaving the San Diego beach life for West Palm Beach after determining that the tax advantages of leaving California had become too great to ignore, as were the two laws signed by Governor Jerry Brown designed to shutter Loudon’s organization.

His advocacy for business economics includes 14 years as a state lawmaker, during which time he created and chaired (8 years) the Senate Small Business, Insurance and Industrial Relations Committee. In his capacity overseeing all business, labor and insurance issues, he was able to author major red tape reducing reform legislation including the health insurance, workers’ compensation, and unemployment laws to a number of business tax incentives.

Known for pushing big ideas and doing so successfully, Senator Loudon went three for three as his landmark bills prevailed before the state Supreme Court. One of those, his workers’ compensation law, led to a 25 percent decrease in insurance rates over the next three years.