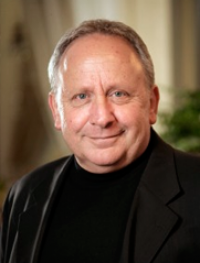 Richard lives and breathes event rentals. A veteran of the industry for over forty years, Richard began working part time at a local United Rentals store. After seeing an advertisement for a manager trainee position at the industry leader, Abbey Rents, Richard took advantage of his “from the bottom up” skills and was hired on the spot. In his seven years at Abbey, Richard’s natural passion for the party and event business earned him accolades with both management and clients alike.

In 1978, Richard and another Abbey manager ventured out on their own and opened Rental’s West, one of L.A.’s first independent party and event rental companies. During his time at Rentals West, Richard realized that his long term growth and success would be achieved as an independent owner-operator. Hungry for more knowledge and information, Richard returned for a short stint back at Abbey, heading up the companies party division, followed by a quick stop at Regal Rents.

In 1981, Richard launched Classic Party Rentals in a 5,000 square foot building in Culver City. In the eighteen years he operated Classic, his philosophy was simple; “Surround yourself with talented people, outstanding equipment and have fun doing what you do.” The concept worked well and in a short time Classic earned a reputation as an industry leader recognized among peers from coast to coast.

At the age of 44, with aspiration of taking Classic to the “next level,” Richard decided to sell controlling interest of the company with the vision of Classic start-ups in principal cities throughout the Southwest. Being a bit of a maverick and not always seeing “eye to eye” with his new partners, Richard decided to separate from the company in 1999 and spent the next six years with his wife Maureen and raising his two young daughters.

During the frenzied consolidation period of most every event rental company in Los Angeles, Richard saw an opportunity for a “Fresh New Alternative.” Knowing he would be competing with a large national chain, Richard traveled to several international trade shows to search for new and innovative items in massive quantities to meet the demand of Southern California’s top caterers and event planners. In July of 2005, Town & Country opened its doors in a 61,000 square foot facility in Van Nuys, staffed by talented and knowledgeable industry veterans that offer unsurpassed service and backed by the most impressive event rental inventory ever assembled in the Southern California market.

Since its opening, Town & Country Event Rentals has grown in both size and reputation now occupying an amazing 210,000 square foot facility that includes a beautiful, well-appointed 9,000 square foot show room, state of the art woodshop, metal & welding shop as well as a complete sewing and upholstery department that provides the unsurpassed capabilities we are famous for. In 2016, Town & Country was ranked by Special Events Magazine as one the top ten event rental companies in the U.S, with a ranking of 4th largest, nationally. Expanding its services, in 2011, a second store was opened in Pasadena, along with a third store in Santa Barbara a year later in the summer of 2012. Today, with a fleet of more than 110 trucks offering nationwide delivery, Town & Country has grown to more than 600 full time staff members who are proud to contribute their talents and outstanding service to many of Southern California’s most notable events, movie premiers, awards shows, gala fundraising events, weddings and social events.

Mr. LoGuercio is recognized as an industry leader and proud recipient and recognitions including a member of Biz Bash magazines Hall of Fame Award, honored in 2017 with the Lifetime Achievement Award by Special Events magazine.