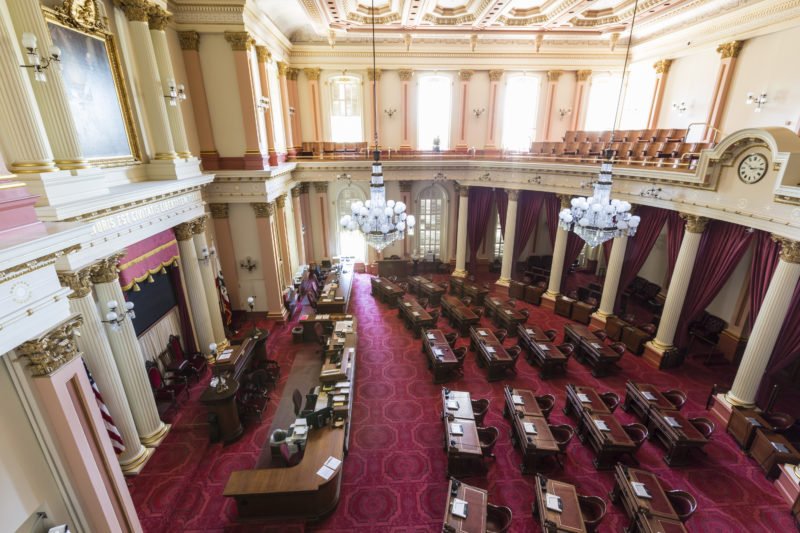 Every year, the California Labor Federation releases a legislative scorecard that “rates the performance of California legislators.” What’s this ranking based on? How often each legislator votes in line with labor union interests.

In 2019, 13 state senators and 20 state assembly members received 100 percent voting records with the CA Labor Federation. The group lists a total of 25 labor-backed bills that were brought for a vote in 2019 — 17 of which were eventually signed into law. This included AB 5, a controversial law that has cost thousands of California freelancers their incomes.

2018 was an even better year for the CA Labor Federation. 21 assembly members voted in line with labor interests 100 percent of the time, as did 18 state senators.

Interested in seeing a full list of legislators who received a 100 percent rating from the CA Labor Federation between 2018-2019? Check it out below.

In the State Senate:

In the State Assembly:

With this kind of track record, it’s no wonder the status quo hasn’t changed when it comes to the Private Attorneys General Act (PAGA). Lawsuits filed under PAGA allow citizens to step in and enforce even the most minor infraction of California’s 1,100 page labor law digest. As a result, employers can often face enormous legal and settlement fees, even for an unintentional violation. In the age of coronavirus, these lawsuits can be the difference between life and death for an already-struggling business.

That’s why CABIA called for a moratorium to be placed on these lawsuits until the coronavirus crisis is over. But our state’s labor unions and their allies fought back; the CA Labor Federation, along with its union allies, actually wrote a letter asking the Governor to reject CABIA’s request.

Unfortunately, our state legislators have a proven track record of siding with labor unions. But perhaps our representatives should be vying for a 100 percent voting record with California’s job creators instead.