The ad, which ran in today’s Washington, D.C. edition of USA Today, asks viewers “Would You Hire Julie Su?” and lists the most recent “accomplishments” on her resume.

The fraud in California’s UI system has gotten out of control under Julie Su’s watch. That’s on top of misguided labor laws she has failed to fix, like PAGA. If Su plans to export California’s broken bureaucracy to other places in the country, the outcome could be disastrous for employers and workers alike. 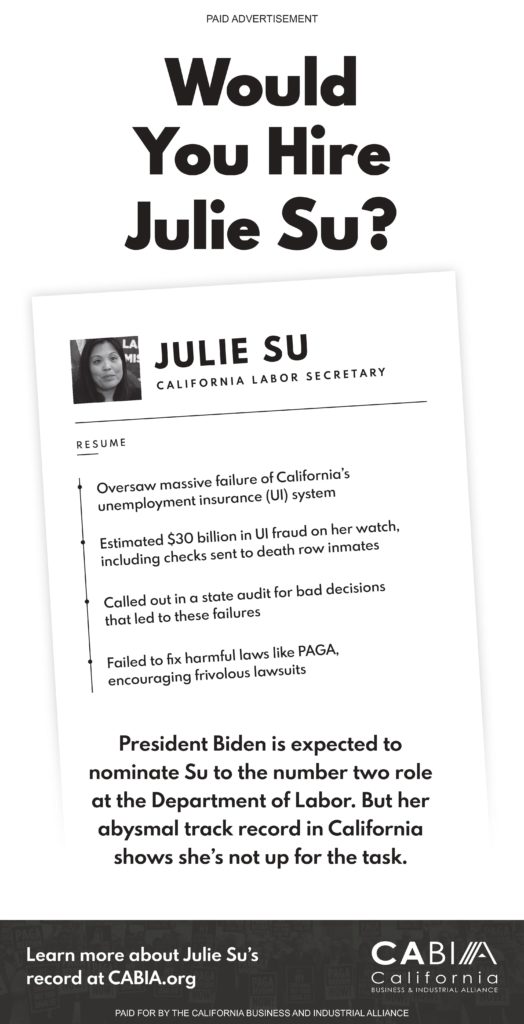