Several years ago, CABIA discovered that Bakersfield lawyer Brandon Martin was running for Superior Court Judge in Kern County. Although Martin portrayed himself as a pro-business conservative, he was supported by some of the state’s most-aggressive anti-business trial lawyers. 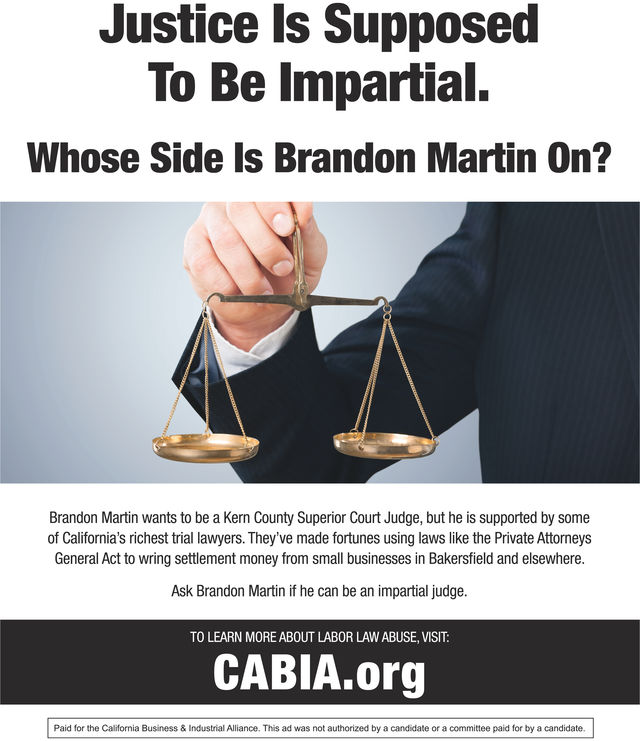 Of course, it’s not unusual to have lawyers run for public office. The American Bar Association estimates that 175 members of Congress have a law degree and/or legal background. North Carolina trial lawyer John Edwards was elected to the US Senate and ran as Vice President with Sen. John Kerry in 2004. (How did that work out?) It seems to be a trend in North Carolina; another trial lawyer, Benton Sawrey, is currently running for public office and claims to be a “conservative Republican.” Curious, given that his law firm partners are Democrats.

Our concern has less to do with a politician’s Juris Doctorate, and more with their potential support of expanding PAGA-like laws (and other anti-business policies) to other states. That’s why CABIA is launching the Trial Lawyer Accountability Project (TRAP). We know that bad policy policies start with bad politicians, and we want to educate the public in advance about policies these lawyers might support.

In the months ahead, we will be pursuing opportunities to educate the public on these lawyers. Keep an eye on your TV or your mailbox!