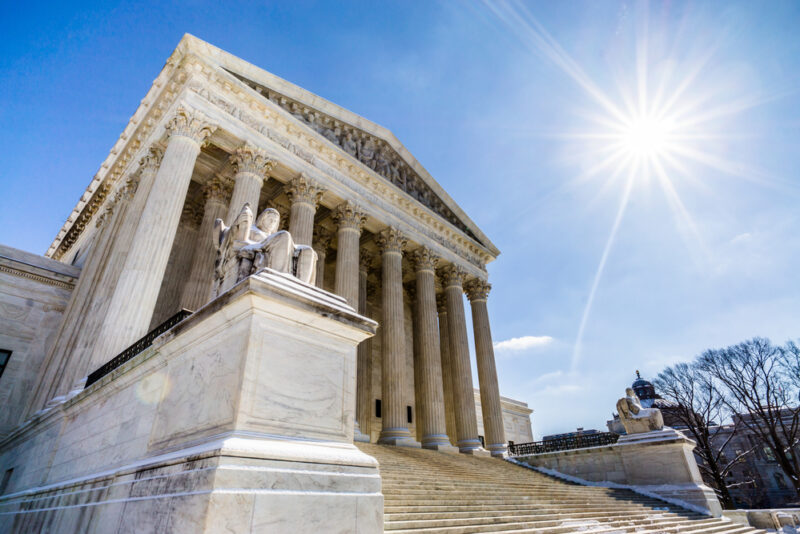 When it comes to implementing bad legal policies, California is unmatched. From the job-killing Private Attorneys General Act (PAGA) to its ever-increasing minimum wage, business owners in California have learned to live with the harsh consequences of bad legislation while watching businesses in other states thrive.

But now, California is trying to bully businesses across the country.

Proposition 12 was a 2018 ballot measure that determined what types of cages could be used when raising pigs for pork production. Roughly 65 percent of Californians voted in support of the policy following an aggressive campaign by animal rights activists. The bill was set to take effect this year, but it’s been paused by the United States Supreme Court.

Typically, only Californians suffer the consequences of the state’s bad laws. But the difference here is that almost no pork is produced in California. Yet Californians consume roughly 15 percent of all pork produced in the United States. Proposition 12 stipulated that all pork sold in California needed to be raised in barns compliant with the policy’s standards.

How will the state accomplish this? It wants to send officials to inspect how farmers in Iowa, Minnesota, and other states are raising pork. Naturally, farmers from outside California filed a lawsuit. The Court heard oral arguments earlier this month and will issue its decision in the spring.

The irony here is that California wants to enforce its rules in other states, but has failed to enforce its own labor code at home. Instead, it has handed off the issue to greedy trial lawyers through the state’s harmful PAGA law.

PAGA allows an employee to sue their employer for a minor violation of the state’s 1,100-page labor law digest. The trial attorneys who take on these cases make a killing, averaging $372,000 per case. The employees, however, end up with a 4.5 times smaller settlement than when the state’s Labor and Workforce Development Agency (LWDA) decides the case.

California should focus its time and resources on reforming PAGA to the benefit of employees and employers – instead of micromanaging out-of-state businesses.